I received a call on Wednesday about some Honey Bees which had made a home for themselves under the floor boards by the front entrance of a house.
Luckily, they called me before resorting to the exterminators hoping we could save the bees and re-house them in a new hive.

(Apologies for the picture quality, I forgot to take my camera so these have come off a phone)

These Honey Bees obviously had shopping in mind since they had opted to establish themselves right by Westfield shopping centre in West London.
Once we had taken of the front wood panel (which took about 2 hours), the colony was clearly visible, and luckily within arm’s reach. These were probably the calmest bees I’ve ever come across, and were not even slightly phased by all the banging, drilling and commotion around them. Clearly the hustle and bustle of London affects bees too!! Ha ha 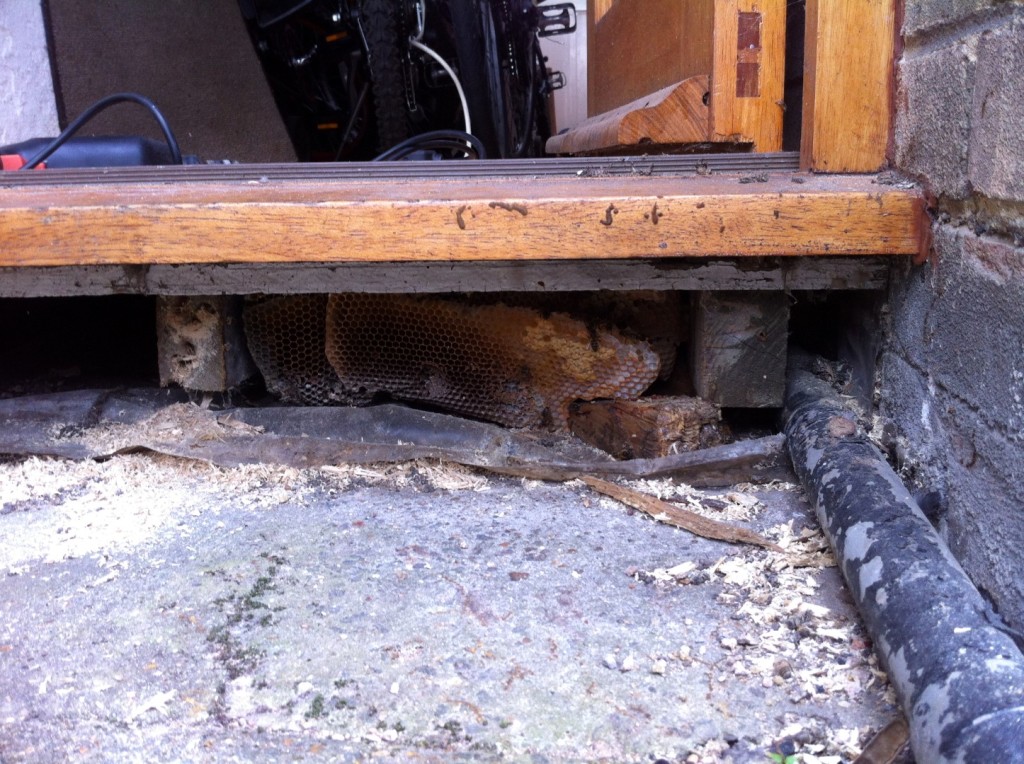 Initially my first observation was the droppings around the hive entrance and on the bottom of the door frame which immediately rang some alarm bells. Such droppings are a sign of dysentery and can be tell-tell signs of Nosema.
Either way, my priority is to rescue the bees and hopefully if they take to their new home, nurse them better.

It’s paramount that we ensure we have the queen in our new hive so I had to be really careful not to damage or kill her during this process. Even though the bees were so calm, I didn’t take a risk, and decided to suit up and smoke them a little to keep them subdued: 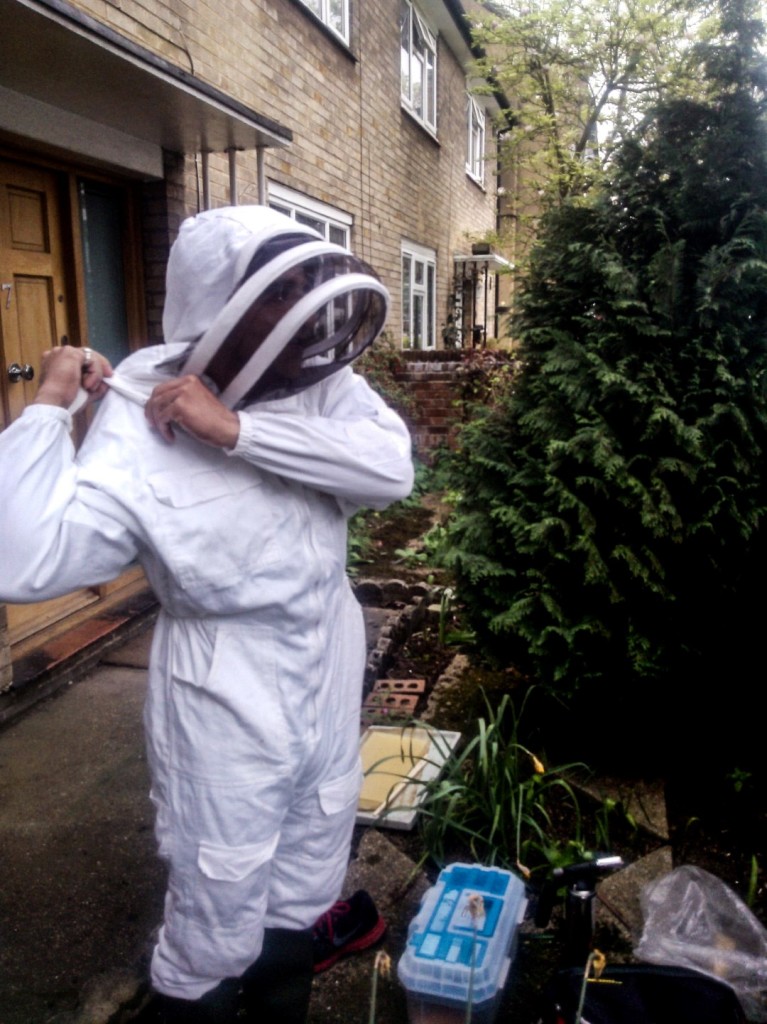 I then carefully cut out the comb being careful to cause as little damage as possible. It was a really small colony and some of the comb was old and damaged. 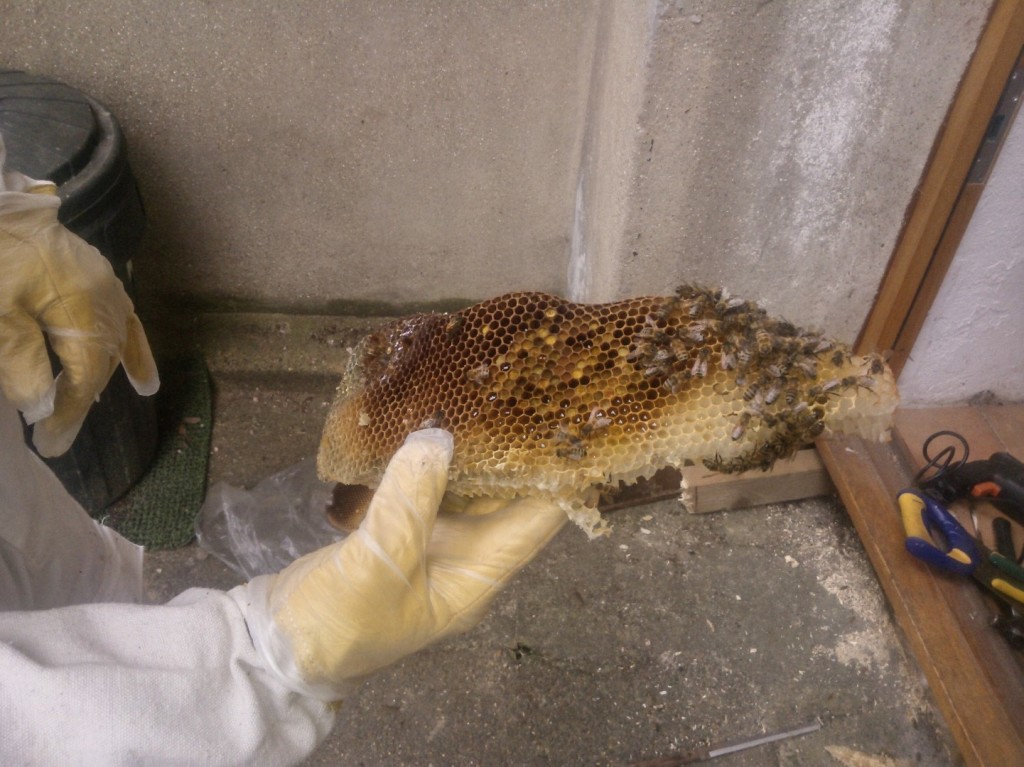 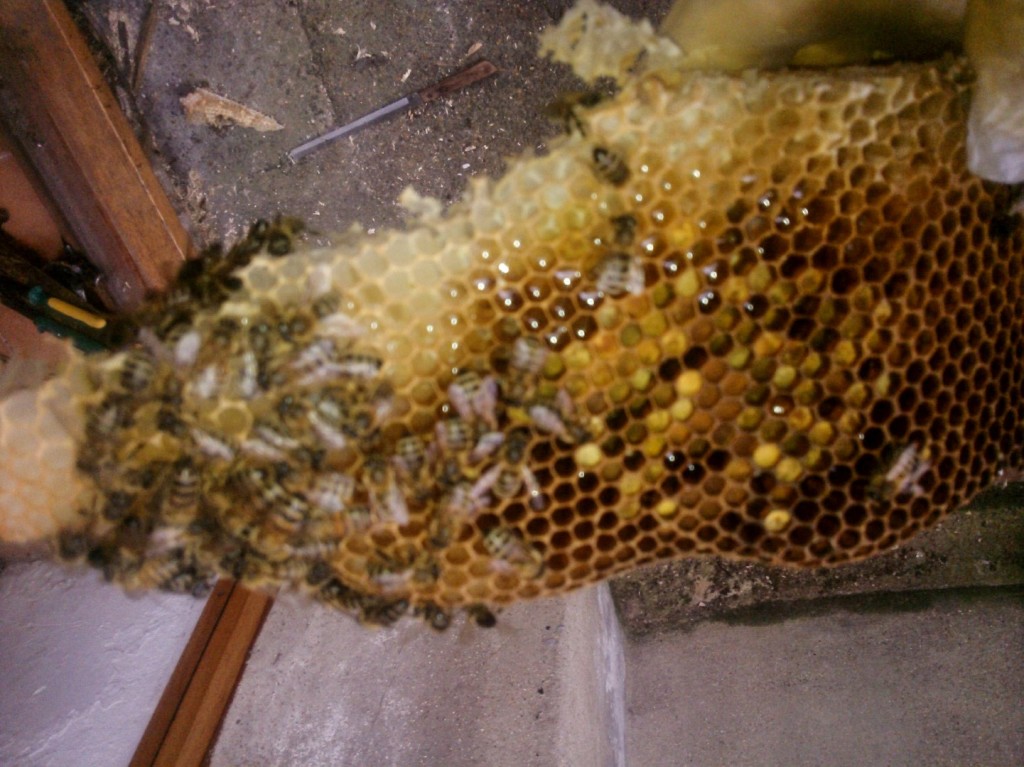 You can see the pollen stores here and uncapped nectar. 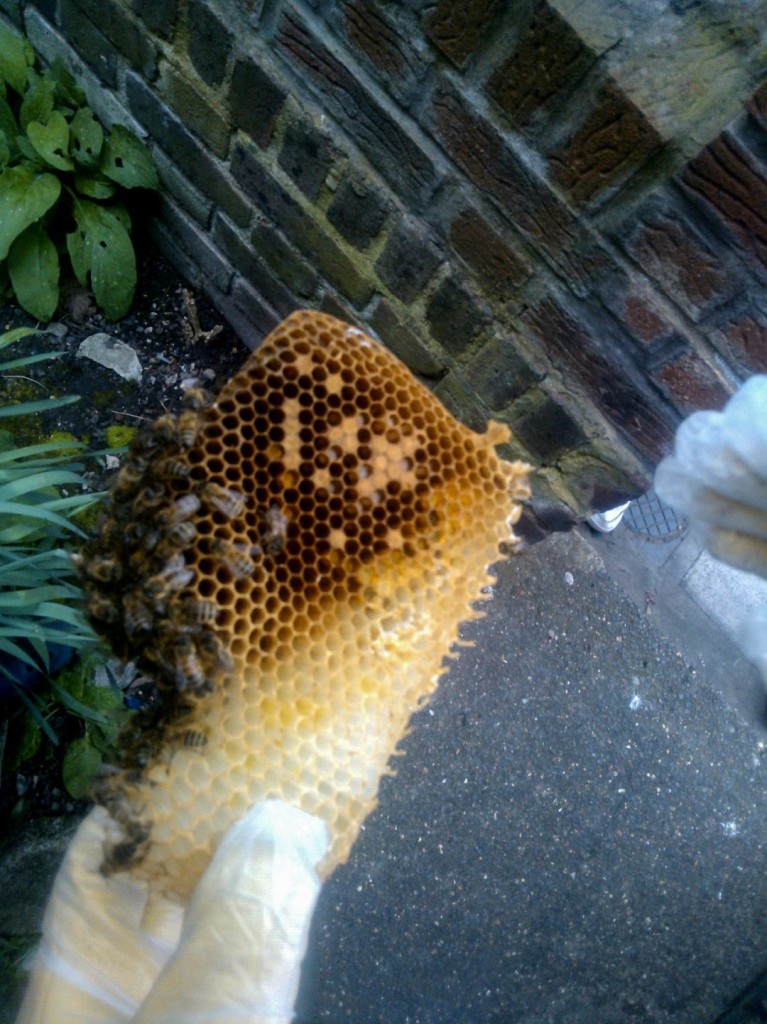 Tiny amount of brood visible you can even see some larvae. I even found the queen on this frame so luckily she was unharmed and I put her straight into a new frame and stuck the comb in with a few rubber bands. 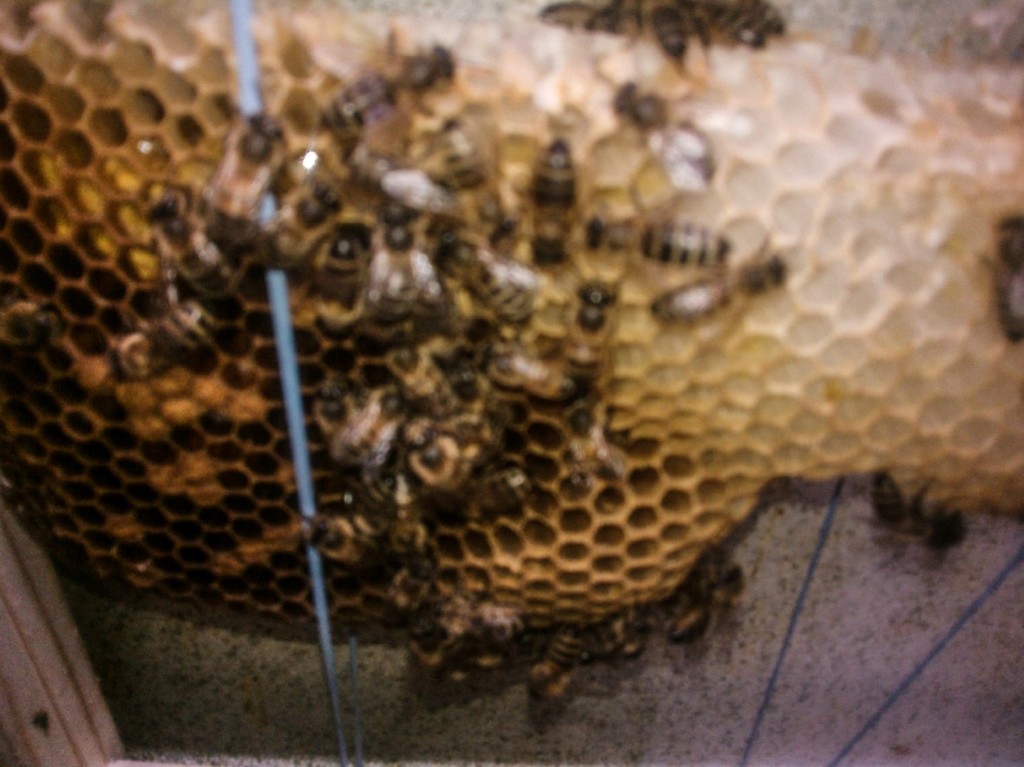 I waited for a couple of hours and once it got towards the late afternoon and most of the foraging bees were back home I closed up the nucleus box popped it into the car and we were off.

I’m not taking this colony to the apiary just yet. In case they have any infection or disease, I will keep them in my back yard until I am sure everything is ok and they have become strong enough then I can move them to a new location. I am really tempted to just keep them at home since they are so calm.

Here they are in their new home  :) 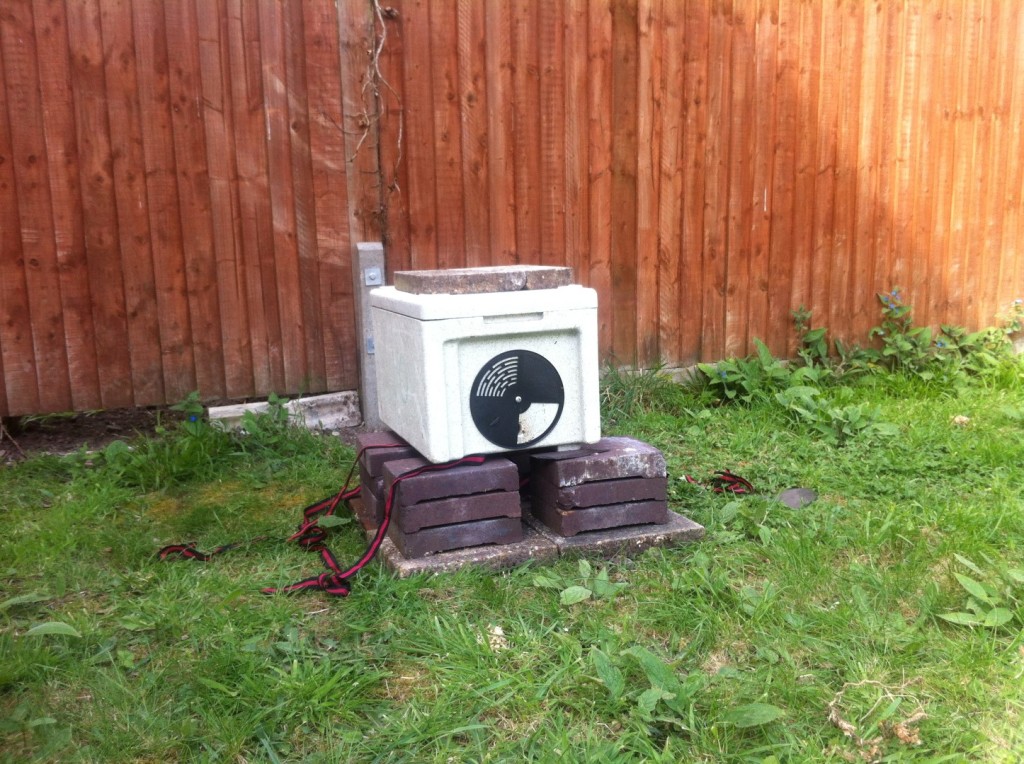